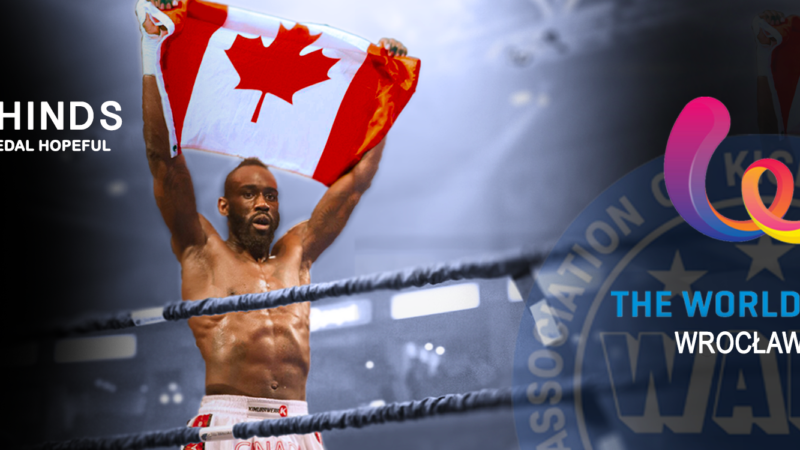 Jason Hinds just returned just from Warclaw, Poland. Our amazingly talented athlete won a silver medal at the IOC World Games in Warclaw. The World Games is an IOC event similar to the Olympic Games. Jason was one of two Canadians that qualified for the Games with a Gold medal performance in Mexico as the WAKO PANAMS.

He had a challenging draw in Poland for the -67 kg division but went on to defeat Italy and Ukraine to reach the finals. In a nail biting finals he lost by only one point in a 2-1 decision to Serbia. Jason was the only Canadian to medal at the World Games in any combat sport.
On behalf of WAKO Canada we applaud Jason Hinds on his amazing accomplishment.. We would also like to congratulate Scott Bartlett on his performance in a close preliminary bout against Brazil in the -91 kg division. A special thanks goes out to National Team Coach – Ross Mylet – who took care of both athletes in this competitive and prestigious event.